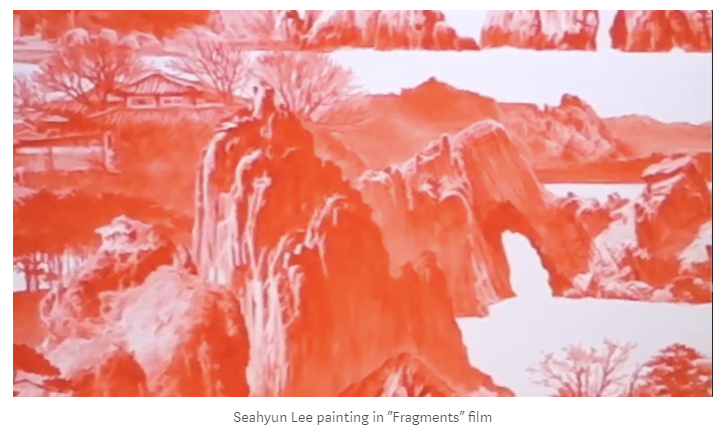 In the West, memory has always been considered important. For Plato, it was a repository of divine knowledge. The Greek goddess of memory was called Mnemosyne. She had nine daughters or the nine muses; Clio, who represents history, was one of them. Thus, in the West, memory was historically seen as the storage of truth or history. This continued in Roman times: Cicero talks about mnemonics as a technique of the memory to place narratives in places to remember.

By contrast, in the East, people emphasised the importance of “forgetting well”. Sunyata in the Buddhist creed meant perfection. The Daoists’ famous phrase begins “the way that can be named is not the way”. All experiences are devoid of “things”, and one needs to empty one’s mind — so some creeds emphasise. However, do we not live according to how we have lived and does this not make us who we are? While I have been trying to “meditate”, thinking how life and material things are just passing me — as I have been going through some personal circumstances when I needed to say goodbye to many material things — meeting Nata made me think about my past and present in a different light. The power of art was from the prism of life that was refracted through the eyes of artists. It made me want to write about her art — to suggest this to you:

“Think about a scenario in which you cannot physically access places that are associated with your past. How would you feel?”

I have realised that I put memories inside mental drawers, with the top drawer being full of my most recent and frequent memories. So I shuddered at the thought of losing the key to that drawer: this drawer full of precious things that I treasure most. Can you empty them metaphysically and move on?

Nata Sopromadze is from Sukhumi.
It is a beautiful city on the Black Sea. Sukhumi was the capital of Abkhazia. In 1992, this peaceful city became a disputed territory between the newly independent Georgia, Abkhaz and Russian forces. I remember seeing something on TV news when I was about twelve years old. For Nata, around the same age as I am, this, and her family lost almost everything: their house, the backyard, and even her dog. Nata said how they could take only a very few photographs with them, as they thought it was going to be temporary. But this Georgia-Abkhaz war resulted in about 250,000 Georgians being displaced from their homes and never being allowed to return to their hometown since.

Twenty-five years later, I met Nata in Tbilisi. I saw her photographs first and wanted to know more. At first, the impression of Georgia hit me hard. Georgia is a country at the intersection of Europe and Asia and had possessed rich and diverse histories, stacked on top of each other. With Georgia’s own rich tradition with its language and writing, the traces of the Soviet era and the newly found influx of capitalism, the city was a real palimpsest of architecture and culture, a cacophony of different influences.

“Broken Sea was a significant project for me because it was a very autobiographical project for me. But it was also important for me as it was very conceptual and intimate.” 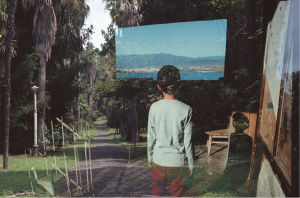 She poured wine into the glass. She offered me a glass, but I shook my head, urging her to continue talking about the Broken Sea project that had made me ask the gallerists (fabulous Natia and Salome of Project ArtBeat) to introduce Nata to me.

“It was about three years ago. I did a workshop with Antoine d’Agata, my favourite photographer. There I met Irina Sadchikova, my Russian collaborator. It was in 2016 during Tbilisi Photo festival.”

She typed the name Irina Sadchikova for me on my laptop.

“This workshop was really, really special. Very special for us. We asked a lot of questions to ourselves. It was discovering ourselves. Do you know Antoine d’Agata’s work? All the people I met there became so special. The way Antoine led us was very special.”
I nodded and asked her to give me an example of why the workshop was so special. Nata said “For the first day, we had to go and shoot something in the city. We did not know what to shoot.”

As Nata was already a very proficient photographer, having started in 2006 so with a decade of working until her belt, what he asked seemed to be reverse engineering.

Stephanie : “Was that the first day?”
Nata: “No, the second day. He then asked us about our problems, our fears.”

Stephanie Seungmin: “What was your fear?”

Nata replied:
“During the workshop, I realised that my fear was of losing things. Because all my life, I am losing something. It could be just a small key or unimportant things, or my home. I have this fear. After this workshop, I made a Broken Sea project. It made a difference. He showed us which way to go.”

I nodded, and this time poured wine into my glass.
Nata and Irina. They became friends, and while they were chatting, Nata mentioned how she had never been back to her hometown for 25 years. It was Irina’s idea to go there to shoot the photos and to send the film back to Nata. Nata was to add photographs of her other daily lives to the physical film that Irina shot. Using double exposures, each film was layered time, conjured memories of the two. When they were developed, they were surprised how coincidental the chances were. There were water and fire overlapping — how the double memory worked.

This is how I came to see these photographs that trespassed across the border and trauma. 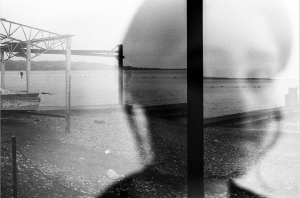 It was a sheer joy to see the enchanting double exposures from this artistic friendship. I saw Sukhumi overlapping with Tbilisi. I found them incredibly “special” and “intimate”. I could picture how Irina’s eyes were searching for the places her friend had left without saying goodbye. The film carried the wish back to Nata where Nata’s intimate portraits of herself, her daughter and son were imprinted on top of these residues. I believed the pure coincidence of how Nata took a photograph of fire above a film that contained the water(sea) view of the town.

Both of Nata’s parents were doctors. Nata remembered how her father was still wearing a medical gown and a pair of slippers when he joined the family. The photographs of trees, from the Secret Lives of Trees series, seemed to hark back to her childhood memory of being surrounded by medical literature. Somehow the part of the trees she captured looked like human body parts. Once, she led the audience to view the photographs in the dark, only guided by individual night headlamps that each viewer was given to wear. Like doctors examining a body behind curtains, the viewers saw the “intimate” parts of the trees. 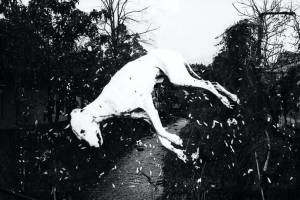 So immersed in her world, I added “Trees also don’t change home.”
In response to my comment, Nata laughed and said, “but in my country, trees do change their homes”.

A contemporary historian from France, Pierre Nora, compiled a series of books on the subject of history and collective memory in the 1980s. His concept of Les lieux de mémoire was translated into numerous languages. The idea was about how certain places have particular importance to a group’s remembrance, and people required these sites. When history was ruptured, and the consistency of past, present and future was shattered, the collective memory needed to reside in specific locations. My running hypothesis aligns with Pierre Nora’s idea in some way because I believe art slows down our haste, our ruptured and disrupted memory. Because art can be so personal and so intimate, art can be stronger than any other testimony.

I loved how the memories of Nata Sopromadze and Irina Sadchikova spoke to me. 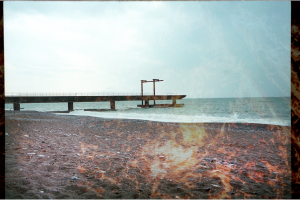